The South China Ice Hockey League (SCIHL) held its fourth annual draft since the league was re-formed in 2015. The draft was hosted at Lucky Dawgs in North Point, a trendy craft brewery and tasting room that made for a great atmosphere and a thoroughly enjoyable draft night. Headlining the team sponsors this year were the ever-present Sam Wai and Bravo (managed by Keith Fong and Scott Yang respectively), as well as returning sponsor Hong Win (now managed by reigning GM of the year Jackie Chan). New teams entering the table this year are Lucky Dawgs (Allan Yee), Sapporo Premium Beer (Paul Chai) and Pacific Media Group (Don Ho). Big thanks to all the sponsors this year.

At the kick off, the draft produced no surprises (unlike previous years) as star player and consensus first pick Michael Yoshino was taken first overall by the Sam Wai Raptors. Bravo followed up by taking the highly coveted Tony Champion second overall. Lucky Dawgs took league newcomer, Gabe Fairbrother, third overall after a thorough scouting mission by GM Allan and Captain Justin Kuok over the summer.  Although never having seen Gabe play, and despite Allan calling him ‘Gab’ when drafting him, the Lucky Dawgs team is confident Fairbrother will make a solid addition to their squad. Hong Win followed up by predictably picking GM Jackie’s favourite player Jim Wong, while Sapporo picked up late sign up (and Erik Karlsson impersonator) David Rhee. Going last in the first round, Pacific Media Group GM Don Ho selected former MVP and Defenseman of the Year Gene Cheh.The following few rounds passed without much incident, with many GM’s taking players that had previously played for them. The exception to this rule was Bravo, who sees 5 players that have never played for the team; drafted in the opening 5 rounds. Was this an overreaction to finishing in last place the previous year? Only GM Scott will know. GM Jackie also found things tough going as the other 5 GM’s seemed to tune out his repeated voting suggestions; possibly to make sure his GM of the year title is not repeated again this season. Despite this, his team Hong Win managed to take star goalie Grant ‘G-Force’ Phillips away from the only team he’s known (Sam Wai) in the third round, making Phillips the highest goalie picked in the last 3 drafts.

In the later rounds of the draft, things got interesting as there were proven players left until late. Notable late round picks include Loron Orris (G), Evan Thorpe, Benjamin Tabb, Paul Kerby, Gavino Ng, Craig Roessel (G) and Sam Szeto (G), in addition to many others. Previous seasons have shown that solid late round picks are a key factor in Championship success, and there seem to be plenty this season.

This season looks to be a very evenly run contest, with all teams picking up solid rosters for the upcoming year. Early favourites look to be Sam Wai, with their deep roster and solid top-end talent. Defending Champions Sapporo and the other 4 teams will be looking to prove that wrong however, and it looks like it may come down to the last day of the season once again to find out who will make the playoffs.

The SCIHL draft finished up with plenty more craft beer drinking and team talk between players and managers, and we would like to thank Lucky Dawgs and all the other sponsors for a great night out. Keith Fong, Art Tam, Thomas Poon and Grant Phillips also deserve a special mention for organizing the best-run league in Hong Kong. Lastly, we would like to thank all the players, whether you are new or returning, for all your support. Good luck to everyone in the season ahead. 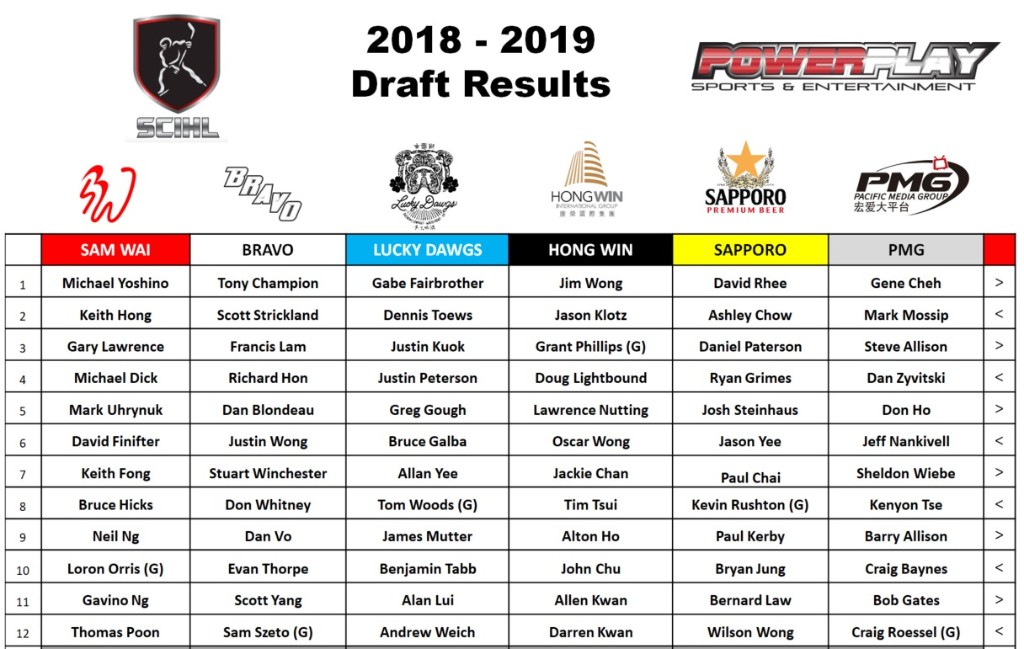 It was the day after super typhoon Mangkhut blew past the city, and the Hong Kong Inline Hockey League (HKIHL) hosted their draft for the 2018-2019 season in conjunction with the South China Ice Hockey League at Lucky Dawgs Craft Beer Brewery. Organizing the league for the first time this season is Powerplay Sports & Entertainment along with support from the governing body for Inline Hockey in Hong Kong; The Hong Kong Federation of Roller Sports. Unlike previous seasons, a draft was implemented this year leading to great interest at the draft day event. The HKIHL drafted 8 teams split into two divisions, a great turnout for roller hockey in Hong Kong.

Headlining the sponsors this year is title sponsor Mikei. Mikei markets Japanese health food products worldwide and will be expanding their product line to cater to athletes. “We are pleased to be supporting the HKIHL and will be launching our new energy products soon” said Mikei representative Daryl Wong. Wong, who also plays in the HKIHL as a goaltender; has also represented Hong Kong at the national team level for inline hockey.The other major sponsors in the league are Sam Wai Toys and TC Sports, with the support from Thomas Poon. Mr. Poon has been a great supporter of hockey, both ice and inline for over a decade.  Homely Sportswear is also the official jersey supplier.

The season for the HKIHL will begin on Monday, October 15th with Division 2.  Division 1 starts on October 16th.  All games will be played at King’s Park in Yau Ma Tei. Information about the league can be found on their Facebook page – @HKInlineHockey 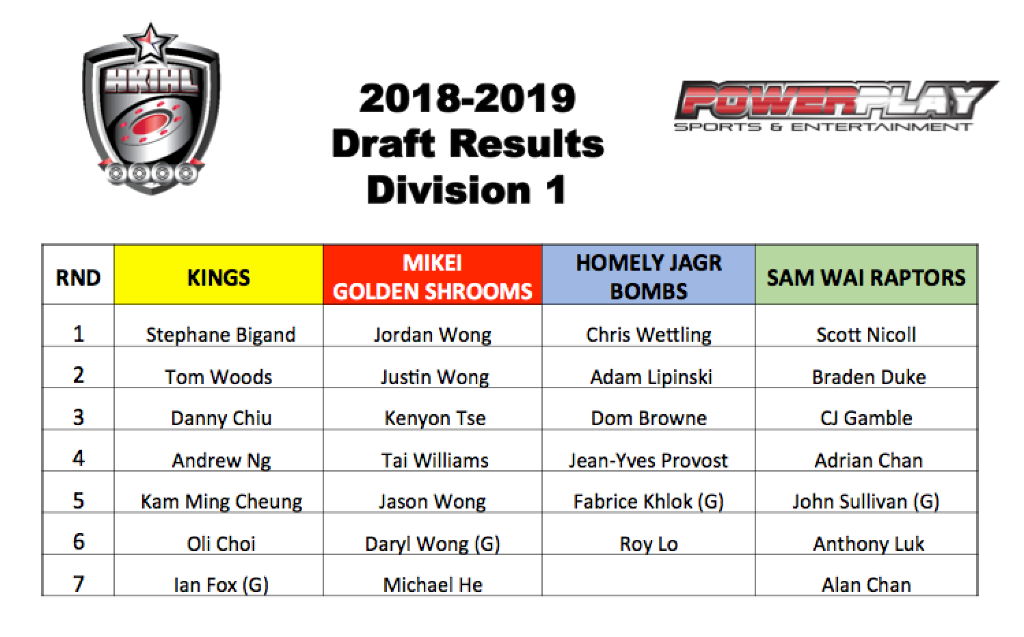 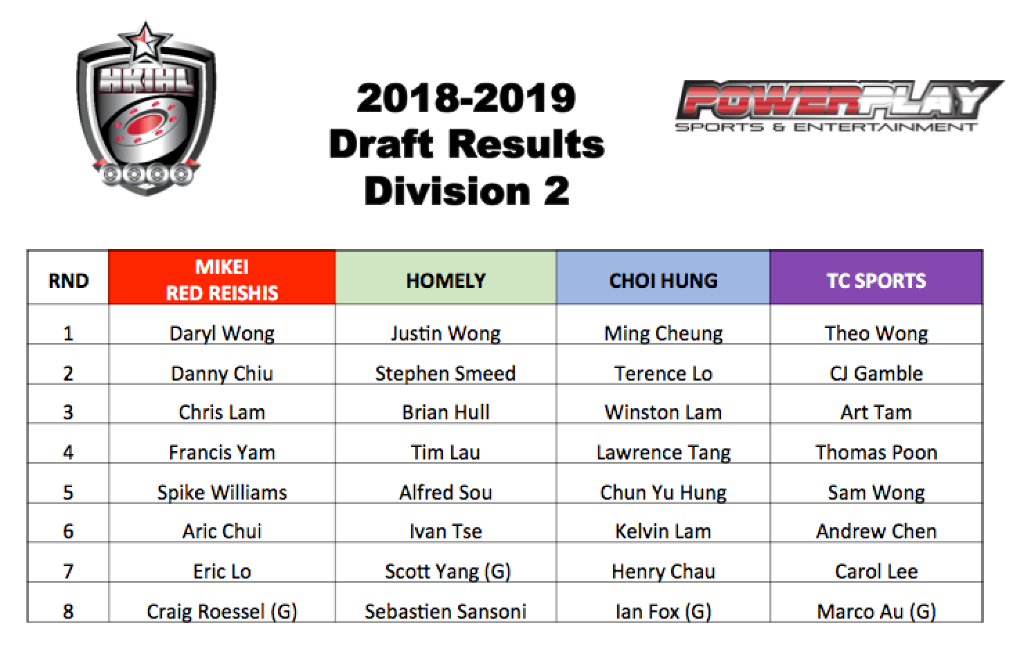